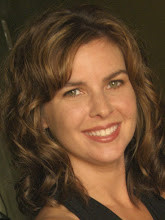 BIO: Back in the day… when Aqua Net was bought in bulk and mullets were cool, I endured the high school experience. But surviving the hairstyles wasn’t my only challenge—school didn’t come easily. I’d always been a big daydreamer and considered it a curse to be constantly distracted by the elaborate stories in my head. While everyone else was trying to understand why 8+y=x, I was in the mountains of Colorado horseback riding alongside a hot cowboy until an avalanche sent us plummeting to the bottom of a canyon and into a pit of angry crocodiles... Yeah, not a good thing when you need x number of credits to graduate.

Many years later, I began to see my daydreaming not as a curse, but as a gift. One that I have learned to channel into writing contemporary young adult fiction with strong elements of suspense—and a hot cowboy or two.

Which leads us to my current work in progress… MIDDLE OF NOWHERE:

River Daniels lives an ordinary life as a high school junior growing up in the confines of rural Texas until her boyfriend’s brutal attack leaves her both a murderer and a fugitive. With the help of her closest friends, River eludes the police for months. But with the law and her conscience closing in, she returns to Texas to search for the evidence that will prove she acted in self-defense. Her risky return means more than facing her ugly past, she must also face the one person she was protecting the night her world caved in.

My awards for MIDDLE OF NOWHERE include:

Awards for other projects include: 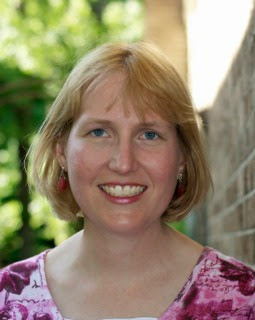 BIO: Tracy Bilen is a high school French and Spanish teacher in Michigan where she lives with her husband and two children. Before moving to Michigan, Tracy taught at a ski school for high school students in Vermont (Spanish, not skiing!). She studied at the Sorbonne in Paris and taught English in Strasbourg, France. She enjoys cross-country skiing and walks in the woods. Her debut young adult novel, What She Left Behind, will be published by Simon Pulse on May 1, 2012. You can visit Tracy’s website at http://tracybilen.com/.

“Don’t even think of leaving…I will find you,” he whispered. “Guaranteed.”


Sara and her mom have a plan to finally escape Sara’s abusive father. But when her mom doesn’t show up as expected, Sara’s terrified. Her father says that she’s on a business trip, but Sara knows he’s lying. Her mom is missing—and her dad had something to do with it.


Each day that passes, Sara’s more on edge. Her friends know that something’s wrong, but she won’t endanger anyone else with her secret. And with her dad growing increasingly violent, Sara must figure out what happened to her mom before it’s too late…for them both. 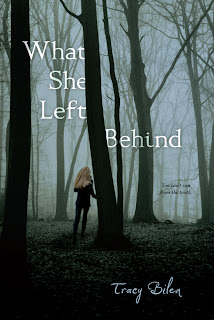 Posted by Tracy Bilen at 4:49 PM No comments:

I have always been a tinkerer. I enjoy building things—be they real or imaginary—especially if they tell a story. Once upon a time, that meant building castles in a sandbox. Now I build castles in my word-processor. The only real difference is that the neighborhood cats don’t do their business in my office. 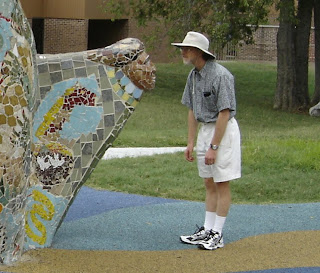 Kurt at the 2010 SCBWI-Midsouth conference in Nashville


You can find more details, including writing credits and current projects, on my website at http://www.kurthampe.com/.
Posted by Kurt Hampe at 1:23 PM No comments: 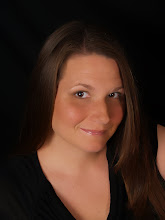 BIO: After her youngest of three children officially slept through the night, Katie McGarry, a stay at home mom, decided to pursue her passion for writing. The news was a shock to most since she graduated from college with a BA in Political Science. She never told anyone, besides her best friend from childhood, that she wrote anything beyond her own name.

Katie’s debut Young Adult novel, Pushing The Limits, was sold by the wonderful Kevan Lyon of the Marsal Lyon Literary Agency to Harlequin Teen. The novel is scheduled to be released in the summer of 2012.

Katie was a teenager during the age of grunge and boy bands and remembers those years as the best and worst of her life. Writing, as Katie often told her best friend, is cheaper than therapy. Visit Katie’s website at www.katielmcgarry.com.

In Pushing the Limits, two teens, brought together by their court ordered therapist, work together to learn the secrets of their case files, but neither foresaw the shattering consequences of the learning the truth regarding their families or of falling in love.
Posted by Katie McGarry at 1:11 PM 1 comment:

Nikki Archer is 22 years old, lives in New England, and drops her R’s when she talks. She divides her life into Baseball Season and Hockey Season. She likes tattoos, and hate socks.


Nikki is represented by the fabulous Kevan Lyon of Marsal Lyon Literary Agency, and her first novel, “Whatever’s Left” is in the process of being published by Solstice Publishing (www.SolsticePublishing.com).


Nikki's second novel, "Over The Edge" is currently on submission, and will hopefully find a home with a publishing compay soon. At least, that's what she's got her fingers crossed for :)

You can find out more about Nikki Archer and her novels at www.NikkiArcher.com, or by following her on Facebook or Twitter: @Nikki_Archer.
Posted by Nikki Archer at 7:00 PM No comments:

Email ThisBlogThis!Share to TwitterShare to FacebookShare to Pinterest
Labels: Bio

Jennifer lives in Martinsburg, West Virginia. All the rumors you've heard about her state aren't true. When she's not hard at work writing. she spends her time reading, working out, watching really bad zombie movies, pretending to write, and hanging out with her husband and her Jack Russel Loki.

Her dreams of becoming an author started in algebra class, where she spent most of her time writing short stories....which explains her dismal grades in math. Jennifer writes young adult paranormal, science fiction, fantasy, and contemporary romance. She also writes adult romance under the name J. Lynn.

She is the author of the Covenant Series (SHP) and the Lux Series (Entangled Publishing, Cursed (SPH 09/2012), and Don't Look Back and yet untitled novel with Disney/Hyperion (Fall 2013 and 2014).


She is represented by Kevan Lyon from Marsal Lyon Literary Agency.