How Does One Cry Underwater?


World-building is one of my favorite parts in the writing process. You can be as creative as you want, you can make civilizations and histories and literally move mountains, but you have to follow the rules.

What rules, you ask? The rules of the world you create.

Let’s say a mermaid falls in love with a charming, but broody young merman, and they spend their days frolicking in the seaweed (much to her father’s dismay), daring each other to swim too close to the jellyfish (which only stings if you’re a wimp), and trapping tuna (which are slippery, but not altogether too bright). They don’t have a religion, apart from worshipping a metal hairbrush from the surface (we’ll just call it a Dinglehopper), and their biggest dream is to win the all-star synchronized swimming contest.

But building a world isn’t just about combining brilliant (award winning, really) ideas, it’s about consistency. A story is only believable if the characters have some limitations – gravity maybe, or human restrictions, like the one I always neglect, sleep. It needs to have rules, just like a body needs to have bones in order to stand.

For instance, let’s just say our mermaid friend finds her dark brooding merman catching crabs with the mergirl from across the pond. Would she burst into tears? Well, that depends. If she’s submerged in water then probably not. You’ve just bumped up against one of the constraints of your world. You need to find another way for your characters to show the emotions behind the tears.

Maybe she’s not sad. Maybe she wants to stand her ground and tell him off. Would she say, “What the hell? Get your filthy paws off of my merman!” Maybe. But probably not. Because 1) what would our underwater heroine know of paws (I doubt she had a puppy growing up)? And 2) you’ve set up a world where mermaids worship Dinglehoppers, and to reference Hell implies a traditional, surface-dweller’s religious belief system. Anyway, she’s probably not going to “stand” very well with a tail, and I don’t know about you, but the last time I tried to say anything underwater it didn’t go very well.*

You get my point.

When it comes down to it, we use words and phrases every day that reflect the world we live in. I was breathing like I’d just run a mile. Don’t be such a baby. Piece of cake. He’s born again. That costs an arm and a leg. I’m having a bad hair day.

Most of us know what they mean, so we assume our characters do too. But we have to be careful. Just
because it’s fiction, doesn’t mean anything goes.

Welcome to some of the joys of world-building!

*Anne Greenwood Browne has created a very unique communication style for the mermaids in her book, LIES BENEATH (2012). Check it out! It's awesome!


Sometimes, when I tell people I’m an author, they get this kind of look in their eyes. It’s usually followed by something like, You’re so lucky you get to work from home! It would be so cool to watch TV all day!

And sometimes it’s followed by silly questions like, Do you have a real job, too?
Writing is a real job. It’s my only job. This is a full time gig for me, and even though I love it, it’s still work.

Definition of Work
1. exertion or effort directed to produce or accomplish something; labor; toil.
2. something on which exertion or labor is expended; a task or undertaking.
3. productive or operative activity.
4. employment, as in some form of industry, especially as a means of earning one's livelihood: to look for work.
5. one's place of employment

I may not have to deal with rush hour traffic every day or trek to the car in two feet of snow during the winter, but that doesn’t make it any less challenging or stressful.
I’m generally at my desk between 6 and 7 each morning, and other than an hour or so for lunch, am usually there until midnight—sometimes longer. There’s a lot to do. The obvious—the writing. But there’s also editing, plotting, synopsis and query writing, emails to answer, social media to stay on top of, interviews and blog posts to write…

*comes up for air*

A friend once said to me being author must be awesome because you sit at your desk all day because you can watch funny dog videos or play Warcraft. Think of all the daytime TV!

I’m not sure about the other authors out there, but I don’t have time for those things. Luckily daytime TV never interested me, and while I will admit to getting distracted at times by other things around the house, I can proudly say I have willpower of steel! Okay. Not entirely true. There might occasionally be a funny dog video stuffed in there.

The popular misconception about working from home is that it’s easy. Yes. Most of the time when you’re working from home, you can make your own hours. This is sometimes awesome, but also has serious disadvantages. See, when you love your job as much as I do, and work is only a few rooms away, it’s hard to take a real day off. I can’t speak for anyone other than me, but I find it impossible to walk away. Even on the holidays, my brain is like, I can squeeze in a few minutes before company gets here, or Well I’ll just get a chapter or two done while you hit the food store. And those middle of the night sparks of inspiration? I can’t tell you how many times in the beginning (he’s used to it now) my husband came downstairs at 4 a.m. and found me glued to the computer with no concept of time.

Then there’s the stress. Everyone’s job has it. Being an author is no different. Trust me. Will the readers like my next book? Will my agent? What about my editor and the reviewers? I don’t think I’ve ever met an author that didn’t stress about how their work would be received by the public. That epic project you’ve been obsessed with at the office for the last six months and are about to unveil to your boss? Yeah. Same thing. There’s business travel (conferences and out of town signings). I’m a homebody at heart. Leaving my husband and four-legged kids behind is hard—but it’s part of my job and needs to be done sometimes. And deadlines? Don’t even get me started…

So you see, we’re just like everyone else—except maybe just a tad more caffeinated with weird sleeping patterns and conversations with people who aren’t really there. What about you guys? What stresses you out at your job?
Posted by Jus Accardo at 5:28 PM 4 comments:

Thank you for all of the kind and thoughtful comments on my post about reading for resilience and empathy.  The winner of Getting Somewhere by Beff Neff is....

Annie's debut YA novel, Queen of the Air, will be out in spring 2014 from Candlewick Press. Check out her blog to learn more.  Congrats, Annie!

Have a wonderful week-
Kristin Lenz
Posted by Kristin Lenz at 4:54 PM No comments:

Why is Writing a Sequel so Hard?

Over the years I've heard writer friends bemoan the horrors of writing sequels. At the time, I was completely underwhelmed by their complaints, blinded by the belief that having multiple books under contract would make everything in the world better and more worthwhile. And while having multiple books under contract DID make the world better and more worthwhile...sort of like this... 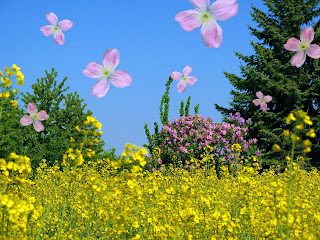 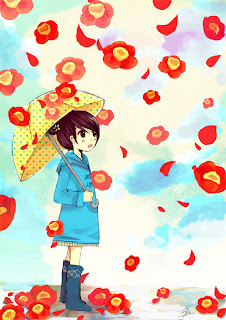 You will never hear me complain about writing my books. I feel lucky to be able to write, lucky that some people out there are crazy enough to love and want to read the weird stuff that makes my brain happy. And while not complaining, let me explain that in 2012 I've done the most difficult thing (writing wise) that I've ever done. Writing a sequel.

Maybe it was particularly hard because I didn't believe it would be so hard. So I got frustrated when I wrote 2 pages in the amount of time I used to write 10. At periods of intense writer's block that I didn't think I should have. Maybe it was difficult because I'd never planned to do a series/write a sequel. Really, it wasn't until Masque was halfway written that I realized I wasn't possibly going to get to the masked ball in volume one, that I'd need a volume two...and that, ladies and gentleman is what we call a sequel. Something I hadn't really thought of writing before. Not only that, the sequel had to finish the story/series. And because of the way the books split it was difficult to give it a conventional story arc.

I don't know...I just know that it felt nearly impossible. I love the story, love the characters love the scenes, and yet somehow they resisted gelling together, and making everything work took more effort than...well, anything ever?

Maybe it was where I was in my life...putting my house up for sale made things very difficult...going on book tour this summer for book one (while awesome) took my brain power for several weeks, the week of the tour, the week beforehand, resting up the week afterwards...maybe I spent too much time clicking on reviews for book one. Oh, maybe choosing a new house, going through the mortgage process, changing my kids' schools, and moving all of my stuff, maybe that made it even harder, I don't know?

All I know is that I've come out the other side, I've turned in the second round of revisions, and while I'm sure I have more work to do, I am so proud of book two, and also so glad to have a bit of a reprieve from working on it (though I should be working on a short story in the same world...and I will be as soon as I finish my blog obligations for today :D) 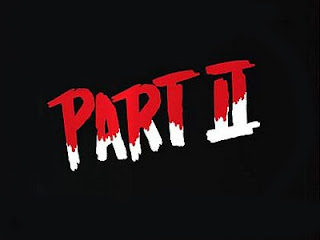 So, tell me about your sequel experiences. Difficult? Easy? Fantastic? Terrible? Wonderful?

I'll tell you what really got me excited about my sequel...seeing the awesome cover. How about you guys?